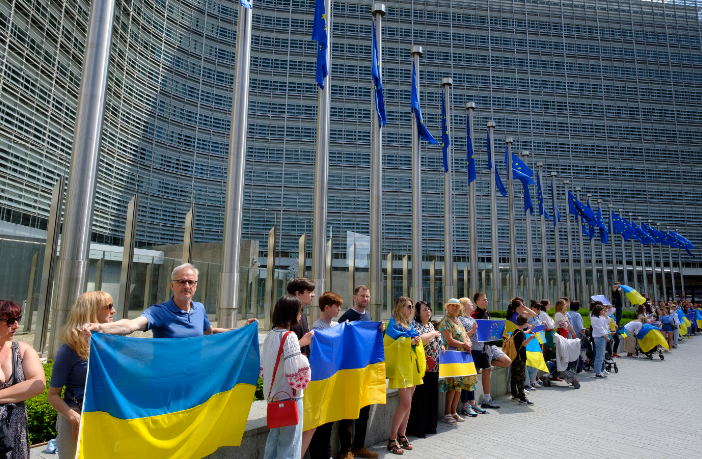 When the Soviet Union collapsed in 1991, Ukraine inherited more than 30% of the Soviet military production system, with more than 3,500 military enterprises and about 35% of the Soviet Union’s military production capacity, with more than 3,500 military enterprises. Nikolayev shipyard, the only Soviet shipyard capable of manufacturing aircraft carriers, is also in Ukraine, as is the Madasic Engine Company, which is still one of the world’s leading manufacturers of aero engines. According to various statistics, after the disintegration of the Soviet Union, Ukraine has more than 8000 main battle tanks, 12000 armored vehicles of various types, more than 1000 fighter planes and dozens of large ships of the whole Black Sea fleet, including cruisers, with an army size of nearly 800000! After the collapse of the Soviet Union, Ukraine inherited a large number of strategic strike equipment, including more than 60 strategic bombers, including Tu 22, Tu 95 and Tu 160, and at that time Ukraine had more Tu 160 supersonic strategic bombers than the Russian Air Force. In addition, Ukraine at that time had about 180 intercontinental missile silos and about 3,500 nuclear warheads.

These strategic strike forces were at that time second only to the United States and Russia, and they were the world’s third nuclear power. Even if these nuclear forces are put into perspective today, they are the fourth nuclear power in the world after China, the United States, and Russia, far surpassing today’s nuclear-armed countries such as India and Pakistan. As early as the 1990s the two countries signed a series of agreements and memorandums on strengthening technical cooperation in the military industry between the two countries, and in 1995 the two countries signed the Agreement on Mutual Supply of Weapons, Military Technologies, Parts and Services. After Russia’s invasion of Ukraine, the Ukrainian National Nuclear Energy Regulatory Agency announced that it had suspended a series of cooperation agreements signed with Russia in the field of nuclear energy safety, including the information exchange and cooperation agreement on civil nuclear energy safety regulation. This would make Russia unable to move forward, which would be tantamount to pulling out the teeth of the polar bear, so that its proud nuclear weapons would no longer threaten the world.