Ⅱ. The Blackout Behind The Perfect Crime

The CCP successfully lured and threatened politicians and religious leaders around the world through their “3F” plan, the “13579” plan, and “Blue-Golden-Yellow” (simply BGY) plan to control the right to speak. The Lude Media (Lu-An-Mo Talk) on January 10, 2021 mysteriously revealed the ‘Great Reset’ conspiracy behind the Vatican blackout. Dr. Mo said, “Attacking the power grid is a form of CCP’s unrestricted warfare. Given that the CCP is capable of attacking the Vatican’s power grid, it could attack all power grids in the world”. Behind all this is the CCP’s meticulous plan. The power outage previously happened in Guangdong Province was most likely to be implemented by the CCP (see Guangdong Power Outage link below). Surprisingly, on the same day as the Vatican’s power outage, on January 10, 2021, another power outage occurred in Pakistan. These two foreshadowing incidents seem to confirm Dr. Mo’s inference, which deliberately created the illusion of a power outage caused by a natural grid failure. They made people feel that what happened was completely logical. And it is no surprise that the Texas power outage on Feb. 16, 2021. To quote an American patriot, “An American information warfare expert said that if Iran wants to control the U.S. power grid, it will take at least three days to prepare. The most likely method is to transmit the virus to the computer that controls the substation in the U.S., and then spread the virus to other substations, eventually causing serious damage to the American power system. So far, Iran has not made any comments on this issue, but Russia said that Iran’s counterattack was very good”. Clearly, the CCP is the mastermind behind the scenes. Originally, Russia intended to express goodwill to the Trump administration, but Russia’s archenemy Biden unexpectedly won the presidential election. Russia had no choice but to continue to collude with the CCP. 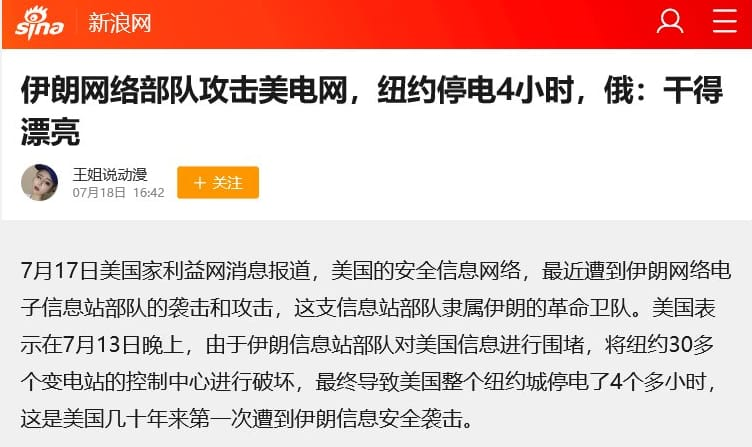 [Inauguration Day] President Trump: We Will Be Back in Some Form