“Tolerance for opposing views is now in short supply,” Alito added in a virtual keynote speech to a conference of the conservative Federalist Society, in which he referred the current state of discourse in the nation’s law schools and the “broader academic community.”

Many recent law school graduates claim they face “harassment” and “retaliation” for any views that depart “from law school orthodoxy,” Alito said. “In certain quarters religious liberty has fast become a disfavored right,” he said “For many today, religious liberty is not cherished freedom. It’s often just an excuse for bigotry and it can’t be tolerated even when there’s no evidence that anybody has been harmed.” “The question we face is whether our society will be inclusive enough to tolerate people with unpopular religious beliefs,” he added, saying Christians deserve the same protections as any of the religious minority groups in cases over which has presided throughout the years.

When Alito, 70, a nominee of former President George W. Bush who was confirmed by the Senate in 2006, touched on the pandemic, he said it has “resulted in previously unimaginable restrictions on individual liberty” and whatever people believe about the coronavirus restrictions, the U.S. can’t allow the restrictions to stand after the pandemic has passed.
He said there was “hostility” toward “unfashionable views” before the pandemic but said that free speech on campuses and at some corporations is now in danger. “Judges dedicated to the rule of law have a clear duty” he added, saying they can’t “compromise principle or rationalize any departure from what they are obligated to do.” He said he’s confident the court won’t do that in the years ahead.

He finally mentioned the late Justice Antonin Scalia’s belief in originalism, the interpretation of the U.S. Constitution based on its “public meaning at the time of its adoption. “The Covid crisis has highlighted constitutional fault lines” he said but stressed in his 15 years on the court good work has been done to protect freedom of speech and religious liberty and “the structure of government created by the Constitution.”

He closed by saying that standing up for the Constitution and freedom is work that lies ahead of all Americans.

Is anyone paying attention?

Can you see the events ( tragedies ) that have been unfolding lately? The heavy and corrupt hand of social media giants / big tech; Google, Facebook, Twitter, along with CNN, ABC, CBS, NBC, NYT, WSJ, on and on…with “pay-off” money from The Chinese Communist Party (aka) Gates, Soros, Zuckerberg, Bloomberg, Murdoch ( the list is endless ) to block, to censor, to edit, to delete, to lie, to hide, to deny, to steal, to suspend, to deflect and redirect any and all information that is not in line with their twisted and immoral philosophy…their doctrines and dogma to give Light to the Truth. They are masters at what they do!!! And they do it with contempt, with zero accountability or consideration to you, to me, to every American that lives by a universal code of ethics…justice for all, freedom of speech “our unalienable right” to voice our opinion without retribution or persecution. 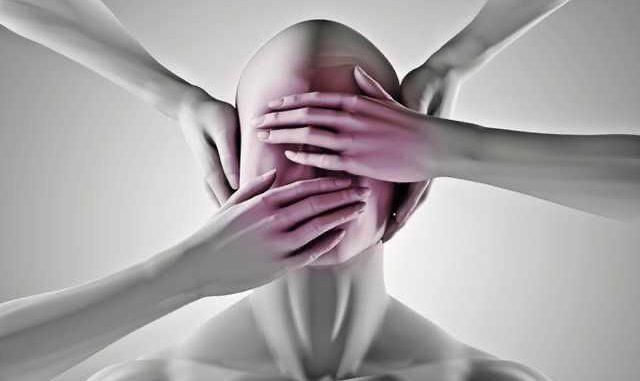 The First Amendment of the United States Constitution protects the right to freedom of religion and freedom of expression from government interference. It prohibits any laws that establish a national religion, impede the free exercise of religion, abridge the freedom of speech, infringe upon the freedom of the press, interfere with the right to peaceably assemble, or prohibit citizens from petitioning for a governmental redress of grievances. It was adopted into the Bill of Rights in 1791. The Supreme Court interprets the extent of the protection afforded to these rights. The First Amendment has been interpreted by the Court as applying to the entire federal government even though it is only expressly applicable to Congress. Furthermore, the Court has interpreted the Due Process Clause of the Fourteenth Amendment as protecting the rights in the First Amendment from interference by state governments.

The most basic component of freedom of expression is the right to freedom of speech. Freedom of speech may be exercised in a direct (words) or a symbolic (actions) way. Freedom of speech is recognized as a human right under article 19 of the Universal Declaration of Human Rights. The right to freedom of speech allows individuals to express themselves without government interference or regulation. The Supreme Court requires the government to provide substantial justification for the interference with the right of free speech where it attempts to regulate the content of the speech. Generally, a person cannot be held liable, either criminally or civilly for anything written or spoken about a person or topic, so long as it is truthful or based on an honest opinion and such statements.

Look what they have done…look where this is going!

Biden alluded in a speech before the election that the government should censor the news before it is aired to the public. WTF…is this CCP China?

Has there been any Truth in the last 4 years? President Trump was “spot on” from the get-go…”ALL FAKE NEWS” isn’t that the absolute TRUTH!

Not once did the corrupt radical Left fascist mob give credit or mention to just “one” of the many achievements of President Trump…deserving of any elected President of the United States. You turn on the news every morning and all you see is a bunch of angry bitter reporters spewing vile venom and distain for our President. Nothing but blaming and complaining…4 years sitting on their hands. How disgusting and deplorable. How immature and unprofessional. How utterly disrespectful and evil.

And the sheer audacity of the “mob media” to shower and praise this 47 year failure, sellout, traitor, liar, coward, etc…hiding in his basement while “they” protect him from the Truth, while attacking a real pioneer, a real leader, a real hero…our hero President Trump. And, then try to label us as deranged fools, to threaten you for not being American and strip you of your job if you are not on “their” side. This sick perverted regime is nothing but a bunch of disruptive terrorists / anarchists hell-bent to instill Fear / Covid to force you, to force me, to force us all to shut up, to give up, to submit, to “suck it up,” to move on and accept their bull shit.

WE ARE THE PEOPLE OF THESE UNITED STATES!

Have “they” forgotten who we are, and what we stand for, and the many brave and selfless souls that sacrificed their lives protecting what “they” do not honor…our Constitution? Are we all blind and that stupid to believe their lies and drink their Kool Aid? The election was rigged from the beginning. The fraud is paramount. The evidence is conclusive. The cover-up is obvious. Yet, Obama comes out today to continue to divide this law-abiding nation saying that “we are undermining democracy” by questioning fair election results. Did not Hilary Clinton instruct Biden to “never concede” just days before the election? Did not Al Gore contest the results in 2000 election that took 37 days, and 2 Supreme Court hearings? Did we stand in their way?

We simply want the TRUTH…that’s all. Is that too much to expect? Why won’t they allow the Truth to be heard, to be known? What are they hiding ( besides Sleepy Joe ) ???

If we don’t stand up, and fight this all the way through, then there will never be a fair election in the future. We will never have our freedom to speak for others to hear our Truths. They will have won. Control the news…control the world. Media is the ultimate weapon to manipulate the Truth.

We MUST protect, honor, and preserve the integrity of the system itself to ensure that it works at all costs…AT ALL COSTS !!!

WE HAVE A VOICE…NEVER LET IT BE SILENCED…
Shout from the highest mountains and let your words be heard America.

WE ARE THE PEOPLE
YOUR VOICE MATTERS !!!!!

Americans are always with freedom

[Inauguration Day] President Trump: We Will Be Back in Some Form