Hong Kongers took to the street after their Legislative Council arbitrarily postponed elections. The Communists’ National Congress approved the request from the Hong Kong Legislative Council. On September 6, the spokesperson for the Central People’s Government in Hong Kong addressed the public. He condemned the “illegal” act of “blatantly violating the gathering ban” under the pandemic (Dai). He cited the severity of epidemic and concerns over the integrity of elections.

The spokesperson praised the “decisive actions” from the HK officials. He condemned the “small group” of “anti-China separatists” who “illegally marched in Kowloon”(Dai). In his opinion, these protestors were “destabilizing Hong Kong’s society and challenging the Rule of Law”.

His reasoning excuses postponing the election. The Hong Kong Basic Law limited the term of office of the Hong Kong Legislative Council(LegCo) to four years. The CCP has promised regional autonomy for these elections for fifty years. After only 23 years, they have already sought to bypass Hong Kong Basic Law and prevent voters from challenging the status quo (Mai). As a result, the council gained approval from the communist congress. They adjourned their election without consulting with the voters first. 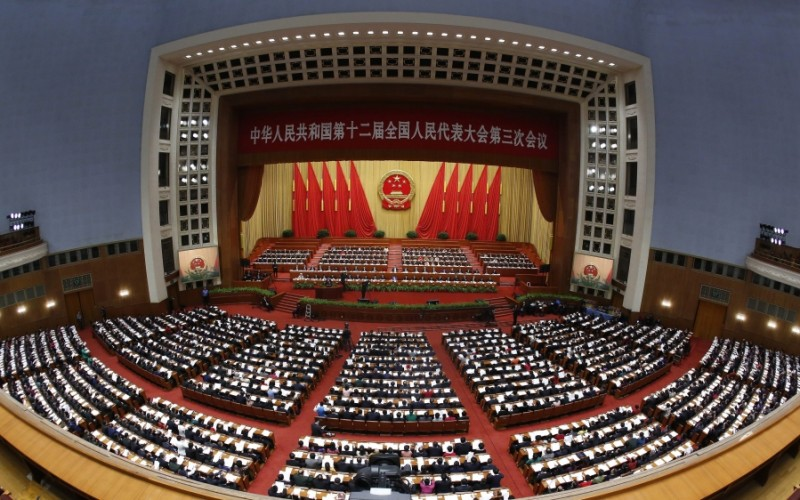 Delaying the election under the pressure of potential COVID-19 infections is an excuse. On April 15, South Korea held the 21st parliamentary elections as scheduled under the ongoing COVID-19 pressure. In response, the South Korean government took strong preventive measures. Voter participation reached an all-time high over the past two decades (Kong). Singapore organized its general election amid severe COVID-19 infection risks on July 10. So far, there were no reported coronavirus cases with a direct connection to the Korean election process (Cha). Singapore implemented limited re-openings on communities and business after its election. So far, no research has claimed that the election had worsened the island’s pandemic situation (Gao). But, Hong Kong was not the only region in the world that delayed its election under “the pressure of ongoing COVID-19 infections.” New Zealand did postpone their national polls due to a cluster of new coronavirus cases. This controversial decision pushed back the due elections by four weeks in total.

The actual reason for the twelve-months electoral delay was the insecurity of the Communist Party of China. They are reluctant to hand over control of the Legislative Council.

(Pro-democracy Hong Kong lawmakers are dragged out of the House Committee meeting. Photo from Radio Television Hong Kong. It is an official HongKong Government Propaganda Outlet)

On August 11, the communists’ national congress unanimously authorized the delay on LegCo re-election. Their move strategically aimed to create buffers for future influence and subversion campaigns.

Since July 1. Hong Kong police have arrested hundreds of people, including more than 370 people on the same day. On August 6, the police notified 24 pro-democracy activists that they would be prosecuted for participating in the annual June 4th memorial event in Victoria Park. On August 10, more than 200 police officers stormed Apple Daily’s headquarter and arrested six people. Jimmy Lai and his son were arrested on charges of “collusion with foreign forces”, “provocation” and “conspiracy to defraud”. The red terror of communism forced Hong Kongers to take a stance against the communist regime. On September 6, hundreds protested the deferred re-election of the Legislative Council. The police arrested at least 289 people that day (Welle). They made international headlines by tackling a 12-year-old female pedestrian to the ground. She was consequently arrested and charged for “violating the gathering ban of two people”.

Hong Kongers continue to defend their democracy through actions. Glory to Hong Kong, these brave hearts light the beacon for liberty and freedom for 1.4 billion Chinese mainlanders.

Gnews.org remains neutral on American politics. It does not endorse either the U.S. Republican or Democratic Party.

(The Global Times is a state propaganda channel for Communist China. Precautions are encouraged when visiting the link above)

(CCTV is a state propaganda channel for Communist China. Precautions are encouraged when visiting the link above)

(China News is a state propaganda channel for Communist China. Precautions are encouraged when visiting the link above) A Junior Editor on the South. I spent two years in Beijing as an exchange student. Weaponized nationalism in Communist China is the root cause of their systemic racism. #ExorciseCommunism ! Stay updated @DylanK_357 (view is my own) Sep. 11