Why The Alaska US-China Meeting Turned Into A Show Of Acting?

Lots of happenings this weekend. The media around the world was really ridiculous! So many people died from vaccines. No media reported. The media have no guts!

We are in an era of “The Media Is King”. The world is asking: Who is the most powerful in the world? Zuckerberg, the bosses of Google and Twitter, they are the most powerful. The boss of the media is.

So many people died from vaccines. Yet no one in the media dared to report it. The media chose to ignore it, or turned sideways. The U.S. media didn’t write about “Three Falls of Biden” , and no media around the world dared to report it, because the U.S. media is the boss. On top of that, the world’s media have been controlled by the United States and the Chinese Communist Party. Do you think that is crazy? The world is afraid.

Not many people are talking about the coronavirus. Only a few. Yet those few media (who dare to  voice the truth) are blocked on the Internet because of the censorship. Our G-TV and Gnews that are operated by the New Federal State of China (NFSC), is amongst the few. Only our fellow fighters of the Whistleblower Movement ignore that crap, we voice only the truth. Telling only the truth has become the real strength of our Whistleblower Movement and the New Federal State of China. Our WM fellow fighters are true heroes and we fight for the righteous. We all see it, we should be proud of this. My fellow fighter brothers and sisters！

Why did the Alaska US-China Talk turn into such a comical scene of acting? 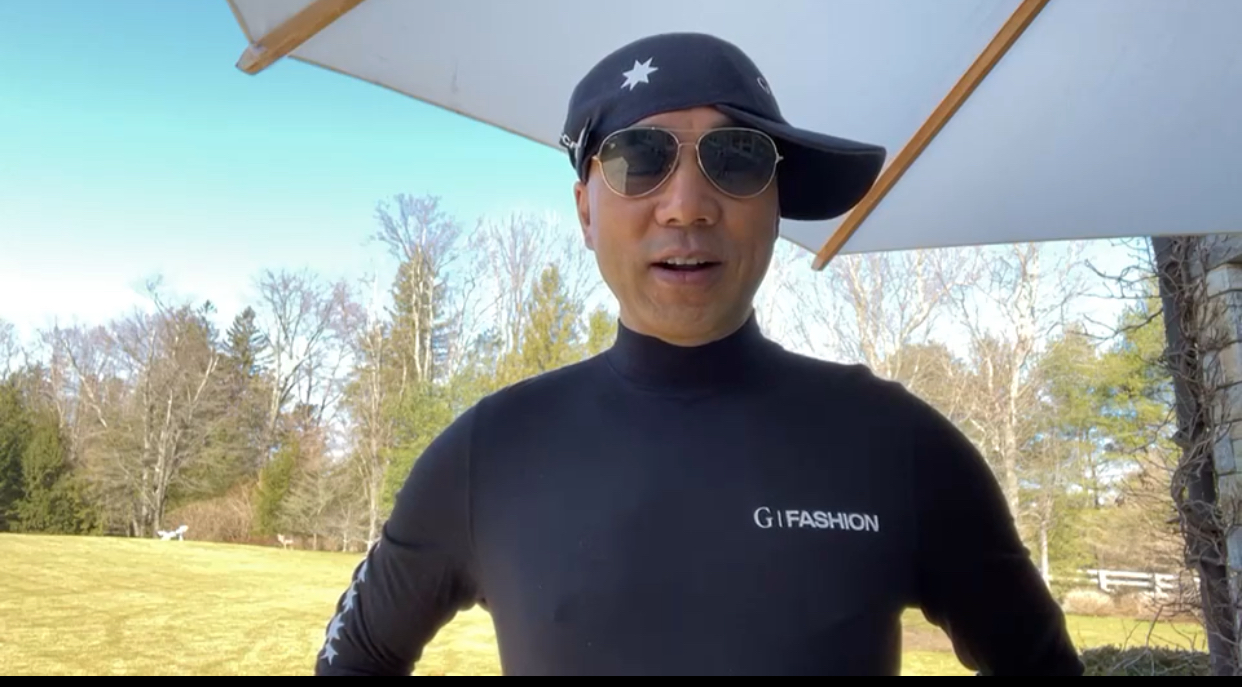 The past few days everyone is talking about the China-U.S. meeting in Alaska. This is a show of acting! We are the only one who pointed out this to the world because we got the intelligence. It’s not just making things up, or a blind guess. You can’t be 100% accurate all the time by guessing. And we’re the only one reported that the Alaska meeting is just a show of acting.

The past few days I met with many good honest people of the so-called “media” and many politicians. They went crazy asking me, “Miles, why do you know this is an act?”

The United States is absolutely an wolf given its military, political, economic and technological influence to the world.

Why is the CCP so boastful and overly arrogant today? Because they have kidnapped the 1.4 billion Chinese people, and they have controlled and invaded the United States with its “blue gold and yellow” ways; and they have under control the 1.4 billion slaves and trespassed on the U.S. powers and resources through its “blue-gold-and-yellow” means. Is it not for this?

Why did the Alaska US-China Talk turn into such a comical scene of acting? Many Europeans and Americans asked me what I think about the Alaska meeting?

I put it in two ways of an analogy. The so-called “Yang NiangNiang”* and “Wang GongGong” *gang representing the Chinese Communist Party is “sheep” in a sheepskin,  stammering and howling like a wolf, looking left and right, looking back and forth, stretching their legs and stomping on the ground, acting and imagining themselves as “wolves”.

The United States is a “wolf in sheepskin”, yet somehow it thinks of itself as a “sheep”! Why does the United States think itself as a sheep? Because the United States has its weakness and wouldn’t want to be a wolf. It’d rather be in a cover of “sheep”. This US “sheep” and the CCP sheep have made a tacit agreement, that is to make the wolf-in-sheep-fur a “sheep” for now, and for once. Then the CCP sheep can return home and go on to deceive its 1.4 billion slaves of the Chinese people. This “Sheep in sheep fur” promises to bring back more meat over to the U.S. “sheep”,  or in other words, “the wolf in sheep fur” will have more meat to eat. It is as simple as that.

In the end, the U.S. wolf will eventually be the “wolf” in wolf’s skin.  The Chinese Communist Party sheep will still be the sheep in its sheepskin or the “sheep” with skin removed. My friends all laughed out loud at this analogy.

The more the CCP smatters, the better. CCP’s suppression and crimes committed in Hong Kong, Taiwan, Africa and the Middle East are all political tactics, all for its internal political strife.

Take a good look at the history of World War II. When Hitler’s Germany, France and the Britain government made many major national policies that vitally impacted the fate of their countries, those policies were absolutely the compromise of their then internal political turmoil. Politicians are all rascals and rogues.

The Chinese Communist Party is not only rascals, it is indeed a mafia and a real criminal organization! They are using the 1.4 billion Chinese people as a bargaining chip to “talk numbers” with the world. The reason why the U.S. knows itself is a wolf but is still willing to wear the skin of a sheep is to get more “lamb” to eat, and maybe more “sheep cubs” or even “sheep placenta” in the future, that’s all.

However, the United States is indeed being humiliated this time. The Chinese Communist Party this time made big noises and has solved its internal political strife between the “Gangster of Shanghai ”* and “Big God Xi”*. Most importantly, the CCP can now continue its “leek cutting” (harvesting the leeks, meaning to enslave common people).

Believe it or not? It’s up to you!

Now someone thought about it, and to talk about anti-racism, discrimination, anti-Chinese, anti-hatred ……it’s all garbage talk now. We’ve been advocating these true creeds for two to three years.

If it’s not for the New Federal State of China, if it’s not for our WM fellow fighters, no one would separate the Chinese Communist Party from the common Chinese people.

It’s we who told and alerted the West that the corona virus is absolutely the communist manufactured virus. The Chinese Communist Party has kidnapped all the Chinese people. The Chinese Communist Party is not the Chinese people … If it’s not for us who we revealed the truth for these past years, We are much better off now as there’re merely talks of “racial discrimination “, instead (we must have prevented ) a “genocide” from happening as it was in Indonesia. Any good and honest people can attest to this.

The New Federal State of China and the WM fellow fighters, each of us, the Lu-De Media, the PhD Panel,  everyone of our comrades, the advocates and demonstrations around the world we put out, our fellow fighters and volunteers who wrote so many articles on Gnews, the Secret Translation Team and many many volunteers who translated news and information between the Chinese and Western news in a timely manner … We all made tremendous contributions to awakening the East and the West so that they gradually understand that the CCP is not equal to the Chinese, and that the Communist made the virus, not the Chinese people; and that the common Chinese are also victims.

Our comrades in arms in the West, such as Steve Bannon, Giuliani, Pompeo, Miles Yu, etc., have alerted and informed the West that this virus is not from the Chinese. Who gets the most credit for this, and who benefits most from this? No one can measure it in money. (这个功劳这个利益不是用金钱来衡量的)

This is why someone told me yesterday, “I’m going to invest big money in your GTV just because my children will be secured and protected  in the West due to the good deeds that you seperate the Chinese people from the communists.

Most People are with conscience. My brothers and sisters, we shall never forget this. Separate the Communist Party from the common Chinese and take down the CCP! It is our ultimate hope and the only means to survive and live on. Everything else is secondary.

Take down the CCP and everything will be fine indeed.

Don’t let a speck of dust cost you your future, everything else is trivial. Our future shines only when we destroy the evil Chinese Communist Party!

As the CCP wants to pretend to be a sheep, we will beat up this sheep to its original form and stew it for dinner.

不想当跪族，就必须为尊严而战斗；不想当奴隶，就必须为自由来呐喊 Take down the CCP